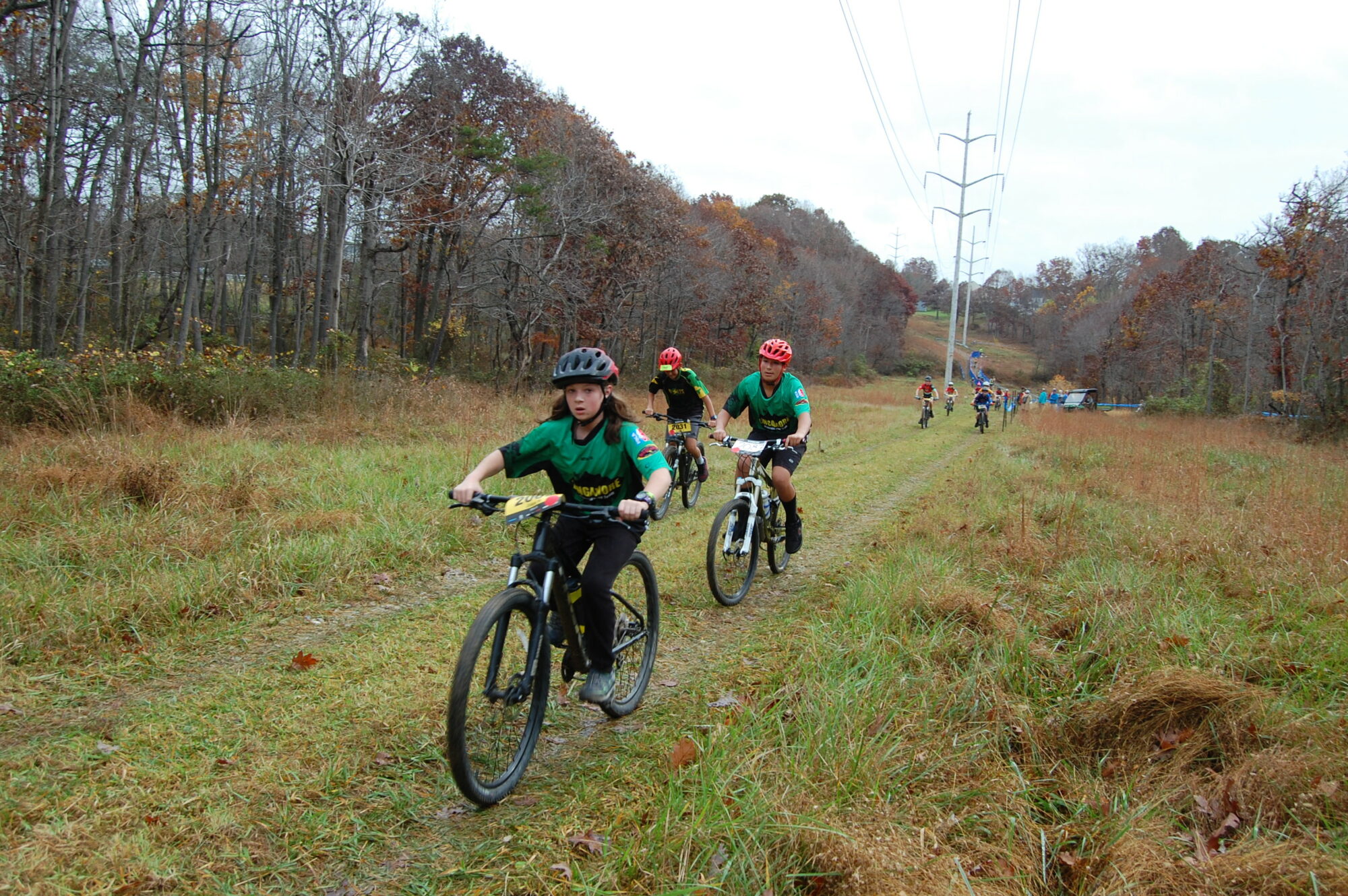 Coach John Buchanan welcomed two new riders to the Linganore Mountain Bike Team in Maryland in September. A pair of siblings moved from Texas with their family so that their father and older brother could receive medical care for severe illnesses. Although it has been a very difficult time for everyone involved, Coach John shares how he has seen joy expand throughout the family since they joined NICA.

The Lagunas joined the Linganore Mountain Bike Team in September of 2022. Alejandro (Jandro) is your typical middle school pre-teen who wants to stay up at night, gives his parents guff when he’s told to clean his room and has to be reminded to get in the shower from time to time. Like many other kids who enjoy mountain biking, Jandro loves watching YouTube videos about riding. He obsesses over travel ratios and frame geometry. He dreams of going to Whistler and finds complete freedom on the downhill. He is also an older sibling to his sister Bella, who, with her older brother's encouragement, joined the team shortly after he did. Bella is quieter, until you get her on a bike around friends.

Jandro has had to take on much more than your typical teenager. The Laguna family lives in and out of hospitals, and complicated medical concerns overshadow their home life.

They recently moved to Maryland from Texas so their dad, Frank, could receive specialized healthcare. Frank is a combat veteran who suffers from military injuries which have become a complicated challenge of spinal damage and loss of mobility. During Frank's ordeal, another catastrophe hit the family. Alejandro and Bella's older brother, Antonio, was diagnosed with ROHHAD Syndrome, a rare terminal disorder.

Jandro helps with chores like putting on his dad's limb-salvaging braces or taking his brother's incontinence sheets to the laundry and checking his medical machine alarms. With these responsibilities at age 12, Alejandro has had to grow up fast. He has always found an escape from the pressures of life on his bike and he would ride around his neighborhood for hours.

Once the family was settled in Maryland they headed to their local shop Patapsco Bicycles, who sponsors the local NICA team. Brian, a coach with the team and an associate at the shop, asked if Jandro had been on any of the area trails. His father, Frank, replied, "No, unfortunately, he doesn't have anyone to ride with him. If he did, he'd go!" Brian pointed out a team flyer and explained some more about the team and the league, and Jandro was invited to meet everyone at a team clinic day at the bike shop. With bikes as an easy connection point, Jandro made fast friends with several of the other kids right away. Within days, Jandro was advocating for his little sister to try it out too.

The opening weekend proved to be a great introduction to the Maryland Interscholastic Cycling League (MICL). Jandro did a pre-ride lap with his Linganore team, then headed to the skills area to navigate some obstacles. When another coach noticed that Alejandro's bike was on the small side, his team worked with the league to secure a loaner bike for the rest of the season. His sister Bella did the GRiT (Girls Riding Together) group ride as a Try It Out rider. She signed up with the team the next day.

Over the remainder of the season, the coaches and team learned about these new riders' personalities and motivations. For Bella, riding was about the trail's beauty and the chance to have conversations with other riders with whom she became friends instantly. For Jandro, riding meant something different. He was more focused, more intentional, and more organized in his approach. He never wanted to stand around; he wanted to get out on the trail and get to work. He'd pick his lines and focus. He struggled on the climbs and lived for the downhills. At every practice and race, he checked his equipment and then checked his sister’s. Always the caretaker.

For Bella, riding was about the trail's beauty and the chance to have conversations with other riders with whom she became friends instantly.

The whole family has been all in for the league. Frank and Candace attended every practice and every event weekend. Candace even volunteered as a stationary course marshal. Despite his physical challenges, Frank makes his way from pit zone to staging, out on the course, and to the finish line, never missing a moment to encourage and cheer on his kids along with riders from all the teams. They thank the coaches and staff and express how much the team means to their family and then they leave promptly to return to their other son at home. The whole family even showed up at the season finals despite having spent the entire night before in the hospital. That’s how much it means to them.

For Jandro, riding with his team is the calm in life’s storm. The MICL newsletters are his reading material in the hospital waiting room. He loves the math and science behind bicycles. He finds purpose in checking his sister's tire pressure. And he is learning to love the climbs as much as he looks forward to the downhills.

Before the family moved to Maryland, Alejandro had saved up a lot of money for a new bike. He ended up using most of it to help with his family’s moving expenses, like we said, he’s had to grow up faster than your average middle schooler, but he still had enough to afford a nice bike. Coach John wasn’t surprised when he got a call from Mrs. Laguna the week before the finals asking to meet at the bike shop to help Jandro with a purchase. What was a surprise, however, was that Jandro wasn’t buying himself a bike. He had worked to convince his sister to join the team and, while she was having a good time, he saw her struggle with her own bike regularly and he knew that a new one in the right size would make a huge difference for her. Coach John helped talk Jandro through buying his little sister a new bike with the rest of his savings. She rode it in the finals and made her goal of completing both laps under the cutoff, and the Lagunas all celebrated at the finish line.

This is where we as coaches recognize that we are gifted with a small amount of time with the riders in our care, children who take on life's struggles and find freedom from them on the trails. You never know how much it will mean to a kid to be on the team or what kinds of gifts they will give back to the coaches over the season.

We’re grateful the Lagunas found their place on this team!

Paying It Forward in the NICA Community

Mountain Bikers Should Be Environmental Stewards

Creating Trails in an Unlikely Place

Adventure by Bike in Pennsylvania

Did you enjoy this article? Sign up today and receive updates straight to your inbox.

We will never share or sell your personal information.